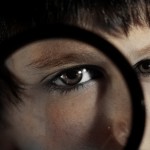 The origins of this activity come from the textbook Yookoso (by Yasu-Hiku Tohsaku) – a text we own as a school but which I am not using as a ‘class text’ any more. In a daily routine section there is a listening activity about a dead rich man and suspects who are being interviewed. Students are asked to listen to where the suspects (the wife, daughter, son, lover, chauffeur and brother) were during the evening and then determine who killed the man. But I wanted more…and I wanted it be interactive and wanted the use of the ‘daily routine’ to be realistic (and to me an interview by authorities was). So I added and fleshed it out and it became a class favourite – the ‘murder mystery’.

Why Do I Do This?: I do a scaffolded revisit of ‘daily life’ in Yr 4 as our first unit of the year – and it allows students in my semestered school a way to ease back into using Japanese via a topic (their lives) that they are familiar with.  Essentially this summative oral activity asks my students use this information in a ‘real-life’ context to solve a problem using the target language hitting their interpersonal and presentational (written) skills.

How many students?: I have “detectives” work in pairs and can vary the number of people that need to be interviewed. The detectives will get to interview the dead guy himself  as well (although he has no idea who killed him and can’t tell them that!) So, in a class of 28 I would have 8 interview stations (7 suspects/dead man plus a station to chat with the chief (me) and then a station for the them to chat on their own/discuss how its going in the TL.

What’s the ‘setup’ for the mystery?:

Preparation: It take 2 class periods (65 min each) to prepare. The volunteers playing the suspects/dead guy each prepare in a different room. The week before we begin to prep for this I ask for volunteers to play ‘a role’.

Backstory: I use a mock-up of a newspaper article (and visual Powerpoint) to introduce the characters. We all read it as a class and work out who the main players are. Essentially I used the idea of Mr. Hasegawa from the listening activity and fleshed it out. For the oral it revolves around a tech entrepreneur found dead in his garden. There are 7 suspects each with a motive to kill him (note: depending on numbers needed I drop the younger brother, first wife as suspects). The key is that every suspect has a motive:

Suspects get a basic individual back story of age, whether they are right/left-handed, possible motive, a few opinions on the dead guy/other suspects, any other information that could be suspicious. They also get a basic outline of what they did on that day (they can have this with them in English on a note card for the interviews – I’m not asking for memorization). They get a ‘map’ of the house/gardens where the crime was committed. Finally they get a list of ‘ideas’ in English of the types of questions that they might be asked. Their job in preparing is to be comfortable with who they are, practice answering the sample questions and be able to describe their day. They know that they can’t lie if they are asked a question but they won’t admit guilt either. They don’t see the autopsy report.

Detectives get the same sample questions, an autopsy report (he was hit from behind, stabbed with a sword and found to be dying of cancer) and a map of the house/garden. They also get a blank ‘grid’ that they can use to construct the questions they want to ask and put in answers. Their job in preparing is to use the information they have to generate & practice questions they want to use on interview day. They know that, on the interview day, they have to get to motive/opportunity in very limited time.  For this reason they can note their questions down in English and take notes in English – but can only converse in the target language.  They are often working off 1 copy so at the end of interviews I take their notes and copy them for them – so that each will have their own set of notes for the summative write.

What’s the setup: I essentially use my interactive oral setup. Circular desks with detectives moving in a clock-work fashion from suspect to suspect (no random moves!). Detectives sit at a desk (they have no idea who will be at it) and when they are ready I bring the suspects in.

Timing?: My school has a 1:45 min afternoon class but if timing doesn’t work I do this over 2 days…typically I give 7 minutes per station (this requires efficiency) and at the end a 10-min “ask anyone” free-for-all for detectives to question people again.

But Who Did It?: Everyone always wants to know if there is a correct answer – and, just like real life, I remind them all that the police ‘recommend’ charges only – which is what they will be doing. There are two keys to this as an activity. ONE – the time of death is not given on interview day. They won’t get this until the day of the summative write. TWO – Both the motives and the daily routines I give the suspects are set up so that any one of them  (alone or working with others) could have done it. The outcome often depends on the strengths/choices of the students playing the roles.

How Does It End?:

Post-Interview Self Evaluation: At the end of the interviews I ask students to tell me how it went for them – how well they asked questions, answered, provided follow-up information and stayed in the target language. As is my practice they start with a written response. This year I choose “That went __because…”. Students wrote that they loved the problem-solving aspect, the challenge of coming up with extra questions, or answers to new questions, on the spot – and it gives me feedback on what worked and didn’t.

Written Report (Recommending Charges/Defending or Blaming): For me it ends the day after the interviews in the summative writing time. Finally just as they go to write, I put the time of the murder on the board. Students have 60 minutes to write who did it based upon what role they played. Detectives (using their notes) say who they would charge with the murder and why. Suspects (using their bio/daily routine) have to give a defense of why they weren’t the murderer and who they think was (& why) or, if they confess, a detailed reasoning as to why they did what they did.

Results: I may not have marked what they wrote yet but a quick read lets me see who they favour as the ‘murderer(s)”. So the day after the written evaluation, I post the results – who voted to charge which suspects and why! The class loves to discuss, in the TL, if the ‘correct’ person(s) was/were charged!

The preparation may seem like a lot but really it isn’t once you have your characters set. Then it just requires some tweaking year to year to keep it fresh. My students look forward to this in their final year – and I enjoy watching them stretch their language skills to do it…