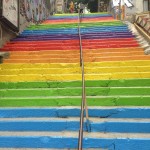 I’ve been using descriptors instead of numbers for a while now. It’s going well but I have felt like there is a piece missing. It wasn’t until I read Amy Lenord’s post about a writing ‘workshop’ (where would my teaching be without her!) for students. It was then that I realized that I have been good about describing how well students are meeting expectations but not doing enough to show them how to improve. A class like this – dedicated to showing/helping students increase their written output – was long overdue.

I found the perfect opportunity to try this with my Yr4’s. We had been exploring a mini-health unit and had looked at ‘sick notes’ that I claimed to have received from various students in my Yr4 class from last year. You know the ‘I missed the last 3 days because I was playing soccer, hurt my leg etc etc’ kind of note. For a take-home I asked students to prepare a ‘basic’ note in the style of the ones they had been reading.

On workshop day I talked with them about the purpose of the class that day. They were given a copy of the writing rubric – and I went over with them what I feel a ‘minimally meeting’, ‘meeting’ in each category meant. Then I talked with them about their writing. The fact that when they write, they often don’t stop to think to include, to ‘show’ me what they know. I used a ‘making a cake’ analogy and said if many of them made a cake like they wrote they would do the following: know they had to make a cake, gather a few ingredients, stir them up, throw it in the oven and say to themselves ‘gee I hope it’s a delicious cake’. I wanted to impress upon them that, without stifling creativity, they also have to be conscious in their writing, of showing their reader (me) what they know. They have to consider the ‘ingredients’ of the writing as much as the outcome. They have to, to borrow a phrase from Japanese, be conscious of trying to ‘level-up’ their writing. I saw some heads nodding in the room…on to the practical demonstration of what I meant we went…

Then we began the actual exercise. They each received a big (11×17) piece of paper (you could save the planet and have them write use their own) with one of the sick notes, line by line on it. I am not a ‘grammar’ formula teacher but for this they also received a ‘technical sheet’ as I called it – a sheet detailing in English (then TL structure & example in use) the ‘kinds of things that we have covered in Yr3 and 4’.  I reviewed (just in English) the types of things they have in their writing tool-box. Many were surprised to see the extent of what we have covered as far as ‘technical grammar’ goes. I asked them to look at the opening line of the note “I have been away from school since last Wednesday” and I invited them to use the technical sheet to rewrite the first sentence with a ‘level up’ added. They they shared that new sentence with the 3 other people at their table. On to the other sentences we went in the same way. For at least one of the sentences I asked for 2 level-ups to be added. For another I asked them to take 2 shorter sentences and use level-ups to combine them. One student said “If we wrote every sentence this way every time it would be hard to read!”. He is correct, and we talked about judicious use of them in writing. At the end of the exercise they read their complete ‘new’ note to their partner. Then, borrowing from my ‘oral worksheet‘ focus, they had 15 minutes to visit with other students to read (not show) their note with them. Their work for that night was to re-write their basic note using the same idea that I had modelled in class.

After we were done – many smiles and nods as they considered their edits of the note. Students said that they found this a very effective exercise. My first glance at their notes indicates that many looked to inject level-ups into their writing. I will do this again and more often with all my levels.  How do you help students ‘level-up’?